Eastport, Fun with a Purpose

Long ago, it was home to the many watermen that worked the Bay. Today, still proud of it's maritime roots, Eastport has evolved into a fun community of maritime, hospitality and residential use.

Eastport, light-heartedly known to locals as the Maritime Republic of Eastport (MRE), is an enlightened democracy and has been a force in the Annapolis community since its "founding" on Super Bowl Sunday 1998.

Doing good for the community and having fun at the same time – “fun with a purpose,” is the MRE mission, albeit with a quirky and sometime bizarre way of carrying it out.

The following slideshow, presented in a chronological order, characterizes the flavor of our community throughout the seasons.

For some fun reading about Eastport, enjoy this article about the longest TUG-O-WAR  in Chesapeake Bay Magazine.

The annual Sock-Burning & Oyster Roast Festival at the waterfront campus of Annapolis Maritime Museum in Eastport is a fund raiser for the Museum. A great day for oyster eating, shucking contests, historic skipjack boat rides, live music, and burning of the winter socks and the donning boat shoes. Occurs the weekend of the Spring Equinox. 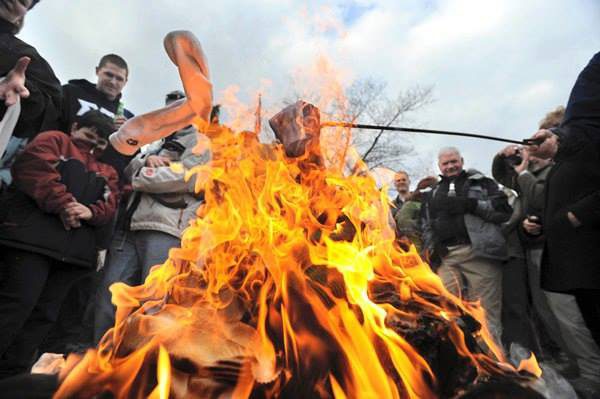 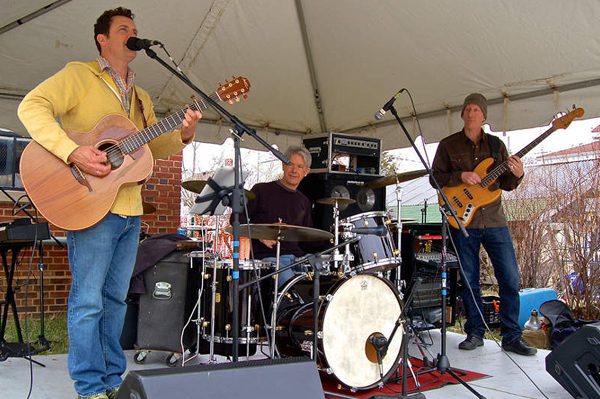 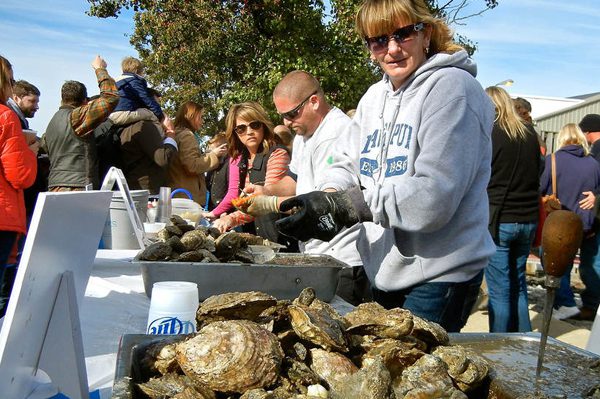 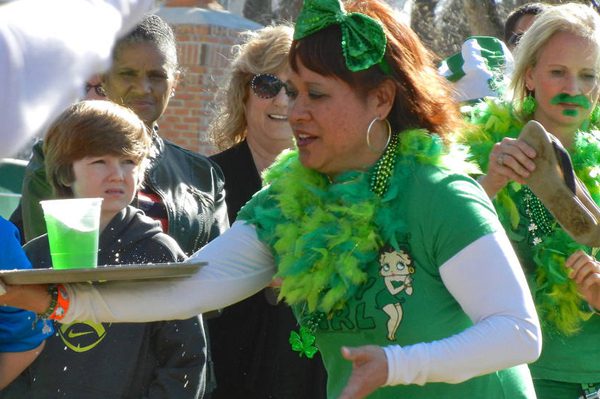 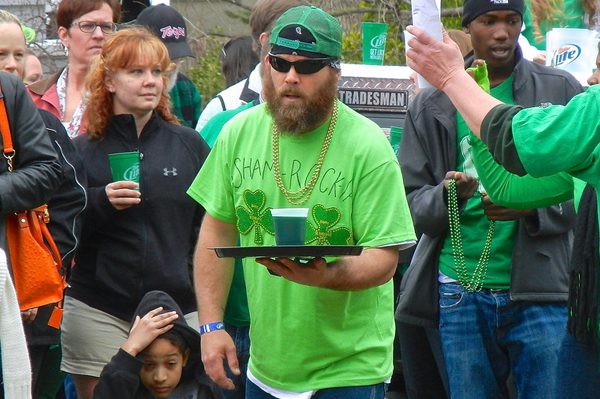 Everyone is invited to attend the annual Green Beer Races located at the Eastport Democratic Club each St Patrick's Day weekend.

Come join or watch as sun sets over the sailboat races sponsored by the Eastport Yacht Club or the Annapolis Yacht Club. With Club racing multiple nights per week, regattas and even the frostbite series ... you can enjoy the spirit of racing practically all year! 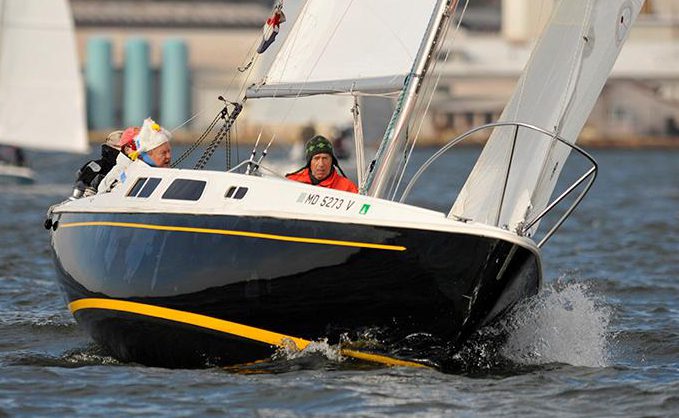 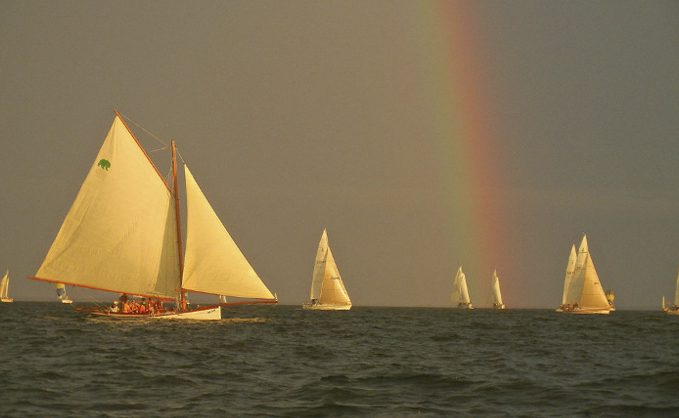 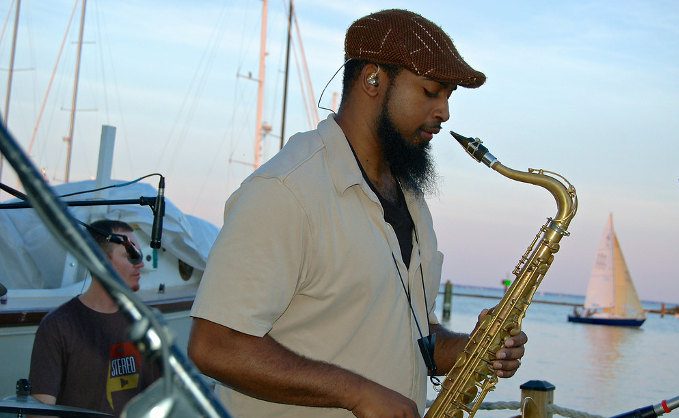 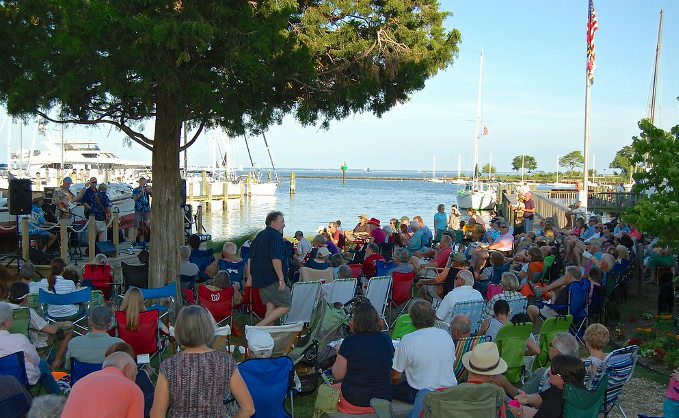 Make plans now to participate in this grueling annual test of mental and physical toughness. Some competitors have taken as long as a full FIVE minutes to complete this course!

Runners receive an official course map, race number, limited edition tee and a swag bag full of goodies from local businesses. To prevent runners from becoming lost or confused on the circuitous race route, a pace car/van will be provided.

The Race begins promptly at the Crack O' Noon, the first Saturday in May. Awards ceremony and trophy presentation takes place around 12:10 p.m.

Each year, proceeds from the event benefit various local charities. Check the Maritime Republic of Eastport (MRE) website to see who this years recipients are. 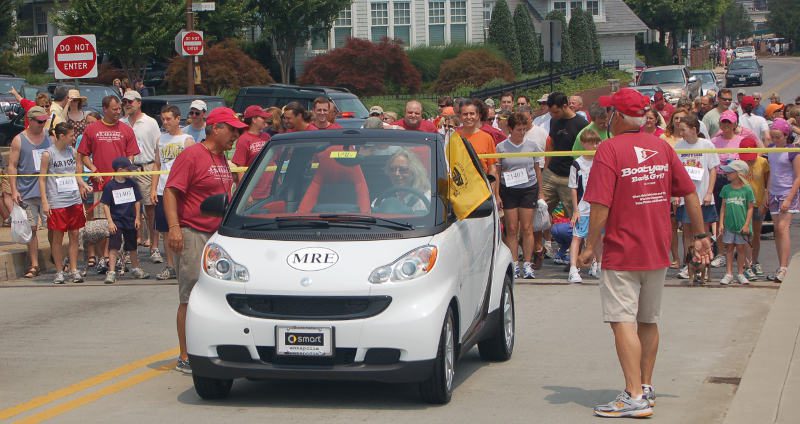 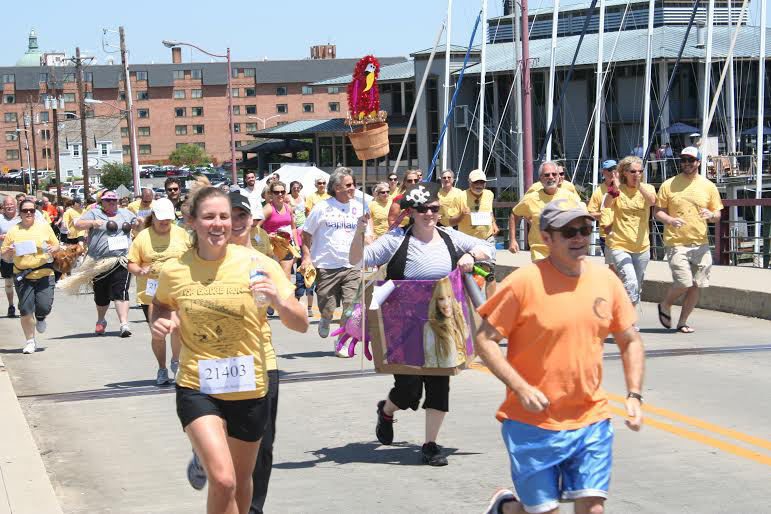 Created as a way to expose local music to a larger audience, Eastport a Rockin’ draws attendees from throughout the region and is known as the local music festival of the summer. Three stages host more than 25 bands, keeping music a key component of Eastport a Rockin’. From rock to folk to roots to blues to jazz to bluegrass to funk, the breadth of music types found at the Festival is sure to please everyone who attends.

With an unbeatable location surrounding the Annapolis Maritime Museum on Back Creek in Annapolis’ historic maritime district of Eastport, this daylong festival offers everything an attendee could want. Mouth-watering food, alcoholic and non-alcoholic beverages, smoothies and coffee drinks are available. The streets and sidewalks will be lined with vendor booths featuring local artisans, crafters, non-profit organizations, entertainment and more.

Proceeds from the event benefit deserving local charities including The Annapolis Maritime Museum, the Annapolis Musicians Fund for Musicians (AMFM) and the Eastport Volunteer Fire Department. 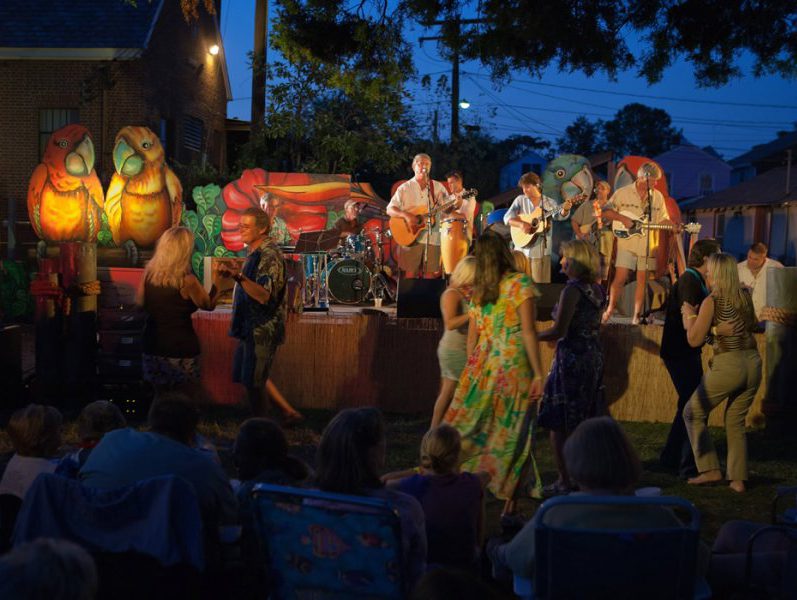 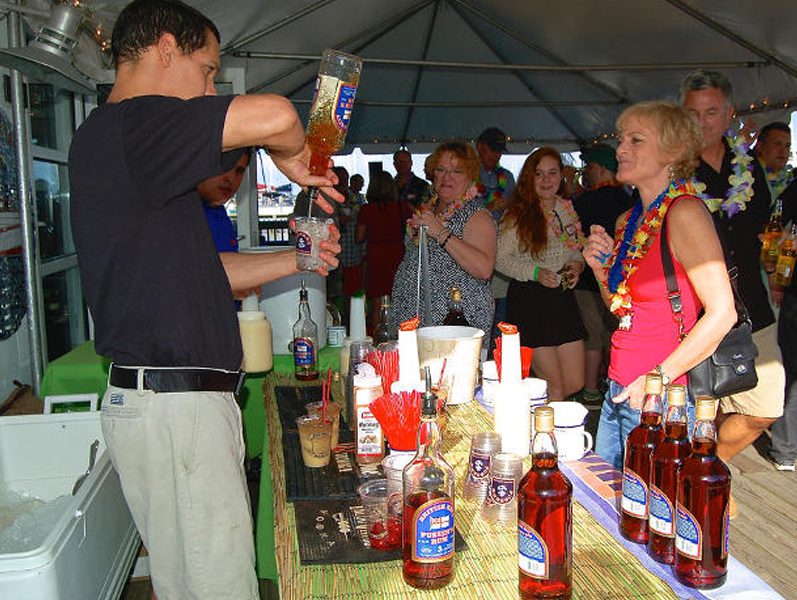 Famed Coral Reefers Michael Utley, Doyle Grisham and Peter Mayer performed with others at the 2014 Annual Boatyard Beach Bash to close out the summer in style.  This major fundraiser concert to support the Annapolis Maritime Museum occurs annually in September on the waterfront campus of the museum - 2 blocks from the INN.

Concert 'Parrot Heads' enjoy a buffet dinner and drinks throughout the evening. In addition, a special VIP pre-party event is held to meet the performers before the start of the concert.  This not to be missed event regularly sells out early.

The annual Tug of War  occurs on the first Saturday in November at the crack o'noon. (A noon start gives the tuggers time to recover from the "practice" the night before.)

The Tug  is an not to be missed over-the-water "endurance event" organized by the fun loving locals in Eastport, affectionately known as the Maritime Republic of Eastport (the MRE).  With teams of no more than 33 tuggers on each side pulling on a specially made rope that is extended over the Annapolis Harbor. The teams set up on opposite sides of Spa Creek (aka The Gulf of Eastport): In Eastport one block away from the INN, on Second Street, next to the Chart House restaurant, and on the other side, at Susan Campbell Park at City Dock.

After the tugs are over and the winning side is declared (usually Eastport!), it's party time with music, dancing, food, and drinks on both sides. On the Eastport side there is an officially sanctioned chili cook-off.

Proceeds from sponsorship, sale of beverages and food, and tugger fees benefit a number of local charities. Over $100,000 has been raised since the Tug began!

Tug of War across Spa Creek 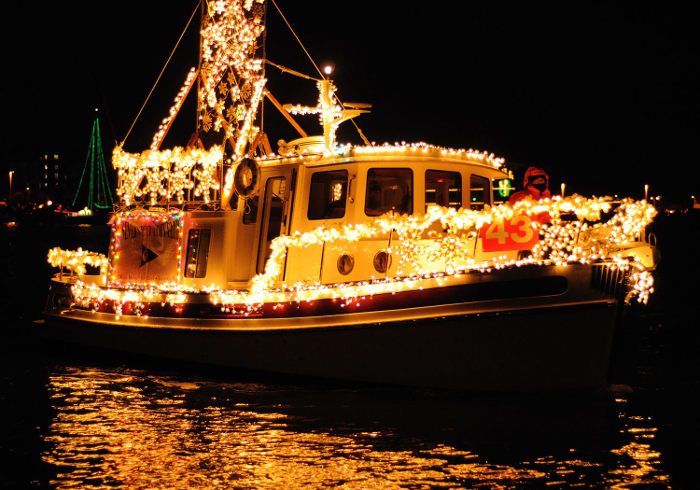 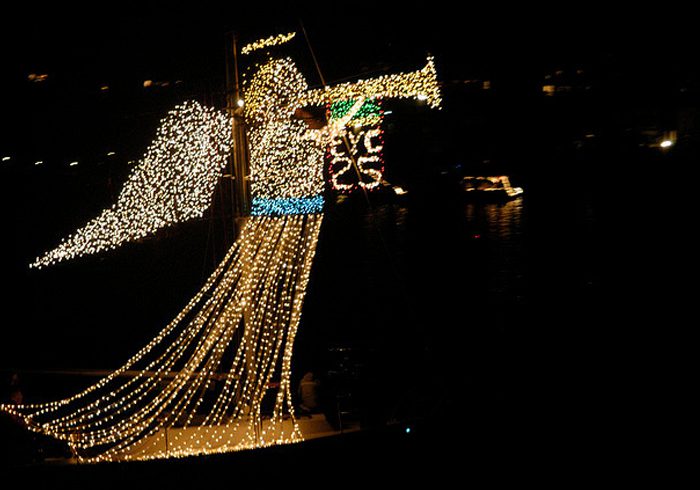 Every year on the second Saturday in December, magic happens on the water of the Annapolis Harbor—boats suddenly appear out of the cold winter night illuminated with thousands of colored lights and crewed by jolly revelers.

Families and friends gather at their favorite viewing spots along the waterfront, just steps away from the INN, to see this yearly spectacle and to celebrate the holiday season together. The Eastport Yacht Club Lights Parade is one of Annapolis’ signature events.